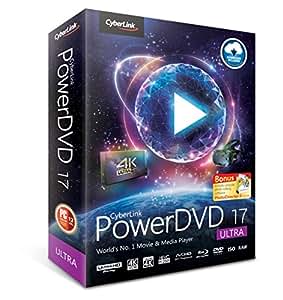 Verified Purchase Lets be fair and I wanna be as accurate as possble. The Powerdvd9 Ultra program is a lot better than the default program that comes with my pc, I believe its called Interdvd or something similar. Powerdvd 9 Ultra delivers a great deal of visuals and you can tell that you are watching a blue ray dvd, on the other hand when you use the interdvd that came with the computer you can hardly tell the difference. My laptop has a FullHD p screen besides having the blu ray player so therefore the quality of the picture is gonna depend on that too. If your laptop has poor graphics and on top of that it has not the fullhd screen I dont think you can tell too much of a difference between a regular dvd or a blu ray.

You can also use invoke TTT to create a pseudo-surround effect from stereo audio. A split-screen view mode in CyberLink PowerDVD 9 lets you easily see the difference between normal and processed picture, and sure enough, the image looks brighter and sharper — but we found this often showed up more unwanted artefacts, in particular interlaced-video lines that were not entirely cleaned up by the deinterlacing process. While you can tweak the strength of these TTT effects with Sharpness and Brightness manual override sliders, it's difficult to switch off TrueTheater Technology entirely until you dig into the program's Settings and manually de-check various boxes. Or you can elect there to use hardware acceleration of video, in which case all of CyberLink's proprietary digital signal processing DSP will be switched off, as direct graphics card decoding does not allow post-processing. CyberLink PowerDVD 9 is said to be approved for use with Windows 7, although with our Windows 7 Release Candidate installation at least, we encountered problems with an anonymous background process crashing whenever a disc started to play. The program continued to run, however, after clicking through an Ignore warning palette a few times. CyberLink tells us that Microsoft's approval was granted to a later, near-final, build of Windows 7, so this issue ought not be a problem when used with the new Windows OS when it's officially launched in a few months. We initially had difficulty testing the Blu-ray functionality of CyberLink PowerDVD 9, as the latest build of the software refused to run thanks to the program's annoying online activation system. When it repeatedly failed to connect, we were left without a working copy of the program.